Amazon launches into SA. Learn how to sell on Amazon's Marketplace 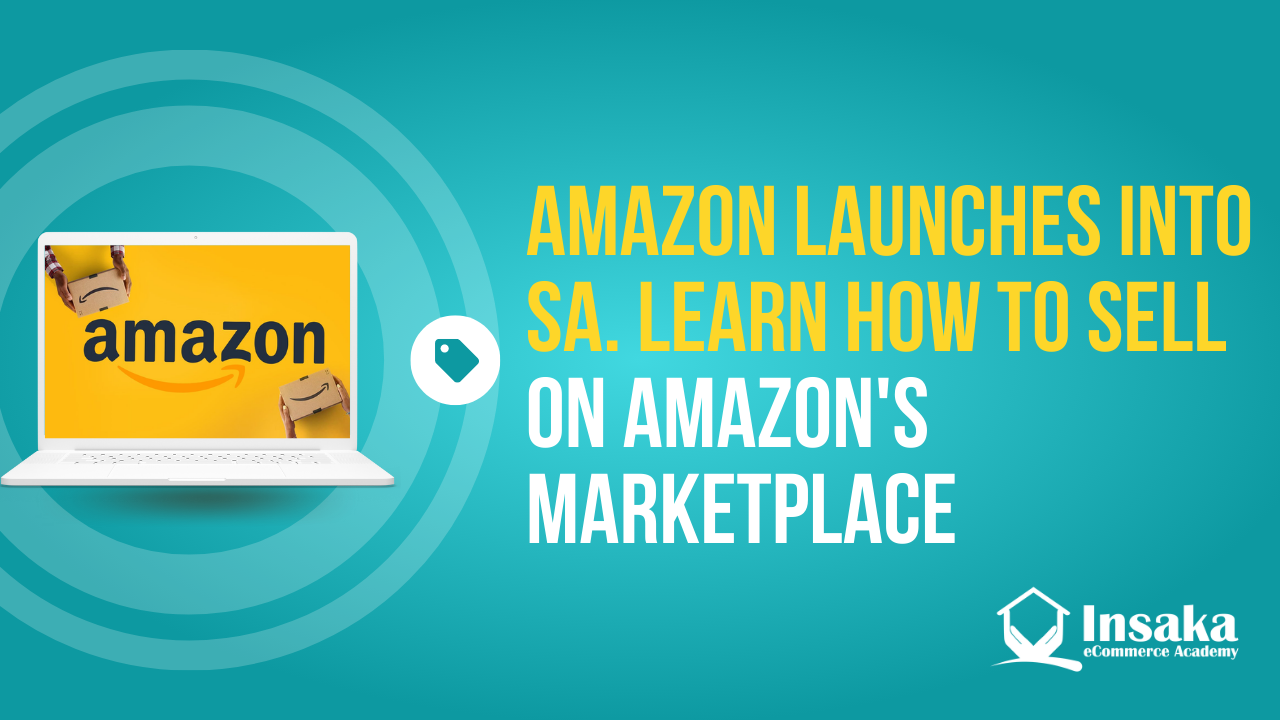 Subscribe to get all the latest Amazon updates first

Update June 2022: The news of Amazon launching into South Africa has been leaked. They are officially coming in Q1 of 2023 and thankfully they will be rolling out their Sellers Marketplace from day 1. This is important for South African online sellers as the Amazon Marketplace provides an opportunity for anyone to be able to get their products onto the biggest sales search engine in the world.

Right now there's a lot of questions about how South African's can register as sellers on the marketplace and what the South African fees are going to be for selling on Amazon. Plus lots of other questions! But considering that their announcement was leaked prematurely it is understandable that they aren't yet able to give us this information as their roll out strategy is still being determined internally.

In order to answer as many questions as we can at this point, the Founder of Insaka is hosting a Live Panel Discussion with a selection of Amazon Experts. You can view this panel discussion by scrolling down.

Also, be sure to join 6,500+ South African's in the Amazon Sellers SA support community

Update March 2021: Many people are asking if Amazon has opened in South Africa. There was recent news about Amazon opening offices in Cape Town which led to the question of whether or not Amazon is opening in South Africa. The truth is that Amazon have not expanded their sales to target SA but rather that they have expanded their offices and staff compliment in Cape Town. Amazon has already had offices in South Africa for many years for their IT, Support and AWS services teams. They have not however started to roll out their sales operations in SA (yet!). See below on how you can be kept up to date on Amazon launching in SA and how you can start to sell on Amazon even when they are not yet focusing on the South African market.

For years South African entrepreneurs have been desperate to be able to sell on the world’s biggest eCommerce platform Amazon. Despite many attempts to contact them, we were never able to get a clear answer as to why they didn’t accept South African sellers.

The trouble came when registering a new seller account on their website; once you progress to the section to add your personal details the drop-down menu for the country of residence just didn’t have South Africa as an option.

At Insaka we have been checking this regularly in the hope that it might change and this week we were shocked to find that, without any notice or announcement, South Africa had appeared as an option on their list of countries.

Needless to say, we signed up our account immediately!

“This is a game changer for South African online sellers and any local entrepreneurs who produce goods which have international demand. While this news is worth getting excited about I advise people to take it slow so you can learn the system before jumping in with both feet”

South Africans can join the Amazon SA Facebook Group to receive updates and to share best practices with one another.

At this point, we have confirmed that South African businesses can list and sell their goods on the Amazon Europe website (which is confirmed here) but it is not yet clear when or if we will gain access to Amazon North America.

Enter your email address below to subscribe. You’ll receive informative updates and insider eCommerce tips about running an online store in South Africa. You’ll get early bird specials on all future courses launched!